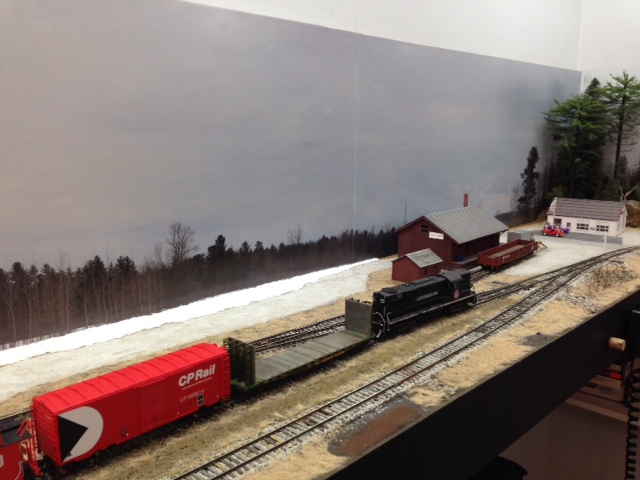 About two weeks ago I was joined by fellow modeller and neighbor Doug Curie for an Op session.  My son gave Doug a quick lesson on how to operate with the Digitrax throttle and he was off and running as Engineer.  I acted as Conductor. We ran a train into Whitney and switched a few cars.  The layout operated very well with the only hick up being a few missed couplings.    The Algonquin locos are equipped with Soundtrax decoders, which have the break function enabled.  Basically when you press F5 the loco starts to slow down and the break squeal sound effect comes on. Works great and adds to the fun.  Afterwards it was off to the Feathers pub for dinner and drinks.  It was a great evening and I look forward to our next session Doug.

Last Friday I was joined by Trevor Marshall and David Woodhead for an Op session.  Since the last Op session with Doug, I have created waybills for about a half dozen freight cars and a switch list.

While I was creating the paperwork for an individual car I also gave it a tune up and added brake hose or un coupling levers if needed. 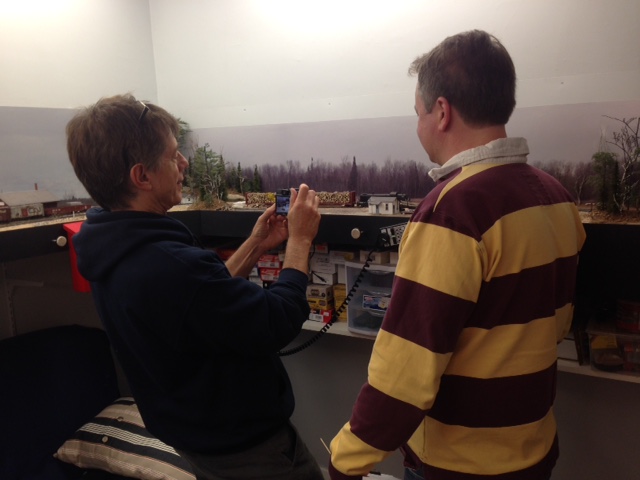 Trevor played the role of Conductor and David the Engineer.  The guys ran the train like old hats.  I had a ball just watching them.  We used Wi throttle on my iphone for loco control.  This functioned well, with the only problem being the sleep settings on my computer running Decoder pro.  When it fell asleep the link to the throttle was lost.  After setting the sleep setting to 'never' we experienced no further issues.  Everything ran great with only a couple of missed couples again. This was on freight cars that had yet to receive a tune up.  So I have something to address before the next session.

I also installed a Sound car under the layout with two speakers.  I will write up a separate blog entry for this, so stay tuned.

After the Op session it was off to the Feathers for dinner and drinks, where we were joined by Doug Curie.  A good time was had by all.  Looking forward to our next visit gentlemen.
Posted by Ryan Mendell at 08:52 1 comment: