My current project is another piece of rolling stock for a typical Grand Trunk (NEL) work Train.  Inspiration came from a picture I purchased from Bob's Photos at the New England RPM in Enfield a couple of years ago.  It's from 1971 and is taken at St.Albans Vermont. 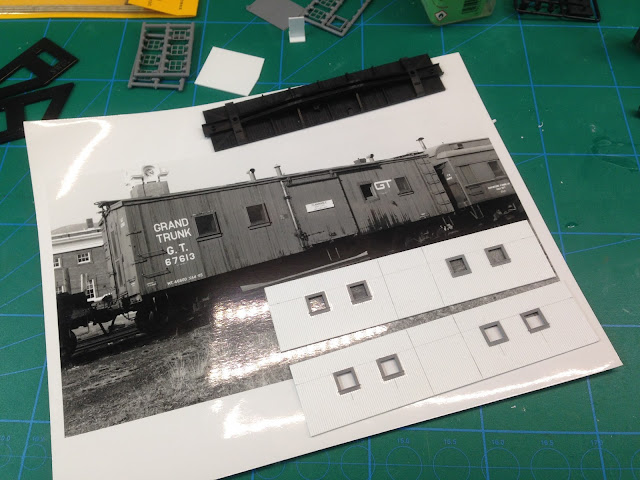 Just need a roof then.  I could not find a suitable roof in my stash or on the internet.  I could substitute a different roof, but roof's are so visible on the layout, so I wanted to get it right.

I put the project back in my stash and then about a year later by surprise Pierre presented me with a resin casting of the correct Murphy flat panel roof.  He had just purchased the masters for the line of Canadian prototype resin detail parts formally marketed by Sylvan scale models and this roof is one of the offerings.  Pierre's Yarmouth Model Works doesn't yet have these parts ready for market but I'm sure it wont be to long.

After a evening and an afternoon of modelling here is where I'm at. 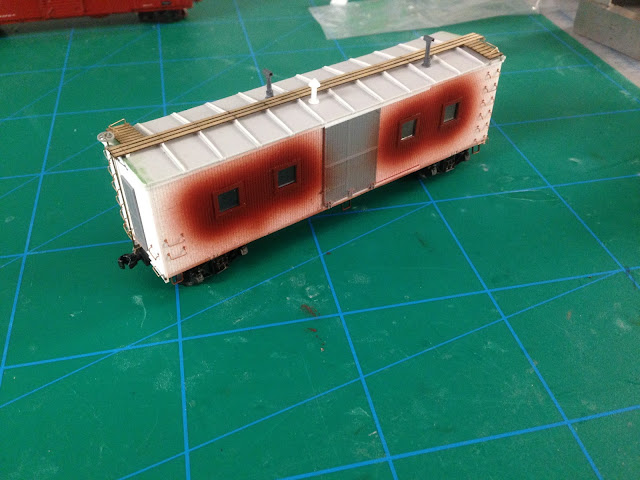 It has my usual level of detail, K-brake and all associated rigging/plumbing, wire grabs, nbw's, laser cut running board and some rivets for the bolster connections to the side frames. The vents are from Grant Line and City Classics.

I'm not sure what the car actually was used for though.  Is it a tool car or something else?  The three roof vent stacks sure are interesting.  The label on the door in the prototype photo says "Flamable"  -  "keep lights and flames away".  Hopefully one the blog's reader will know?