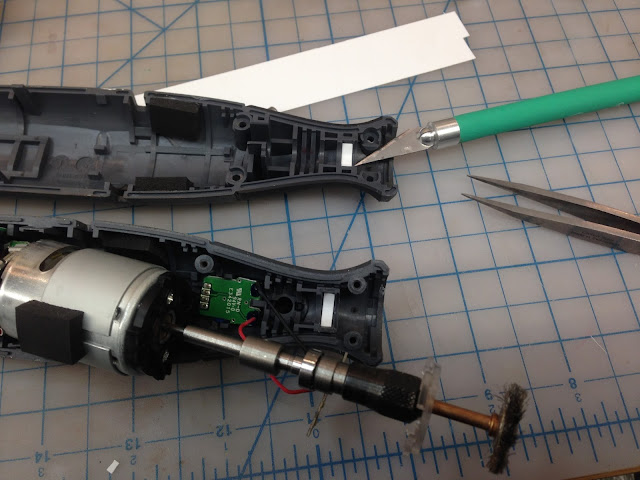 Don't try it on styrene though, the Dremel's lowest RPM is still to fast, to not melt the plastic with a #79 drill.
Posted by Ryan Mendell at 10:01