This week I finished up my first 2 home road cars.  Two P2k 52'6 Gondolas.  I stripped both of them of their paint to start.  Next up was to add some dents to the top rail by heating the top edge up with a candle and deforming the plastic with the end of an X-Acto knife handle.  Next I modified the shell by removing the material along the lower edge.  Gondolas built by National Steel Car sloped down over the distance between two ribs, along the lower edge.  On the P2k cars it is between three ribs, based on the American prototype the model represents.  By removing all the material between these areas it better represents the Canadian prototype.  Here are a couple of photos of the models.  I still need to weather the models and add brake hoses.  The models sport ACI labels and Consolated Lube plates typical of cars from the 70's. 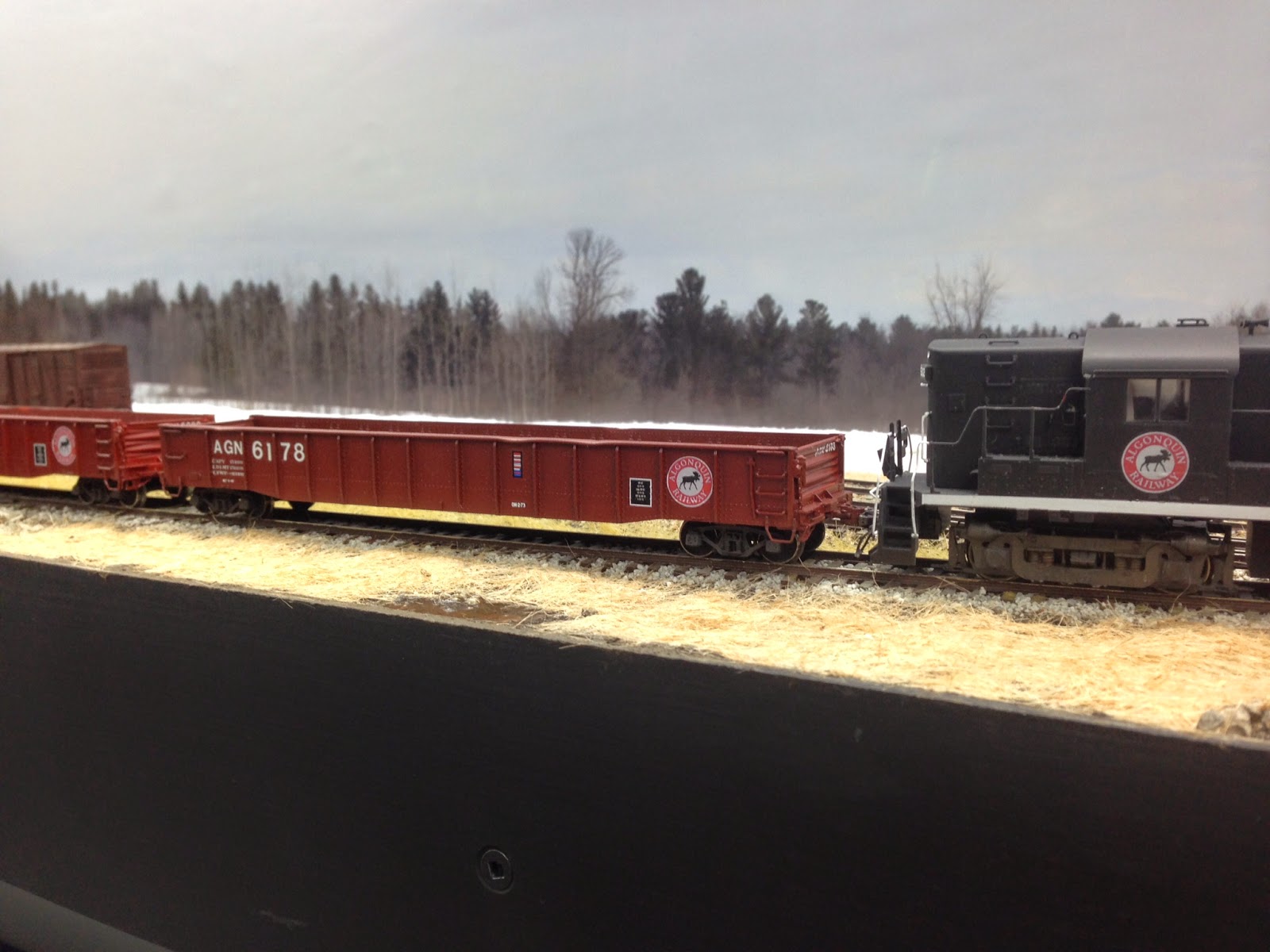 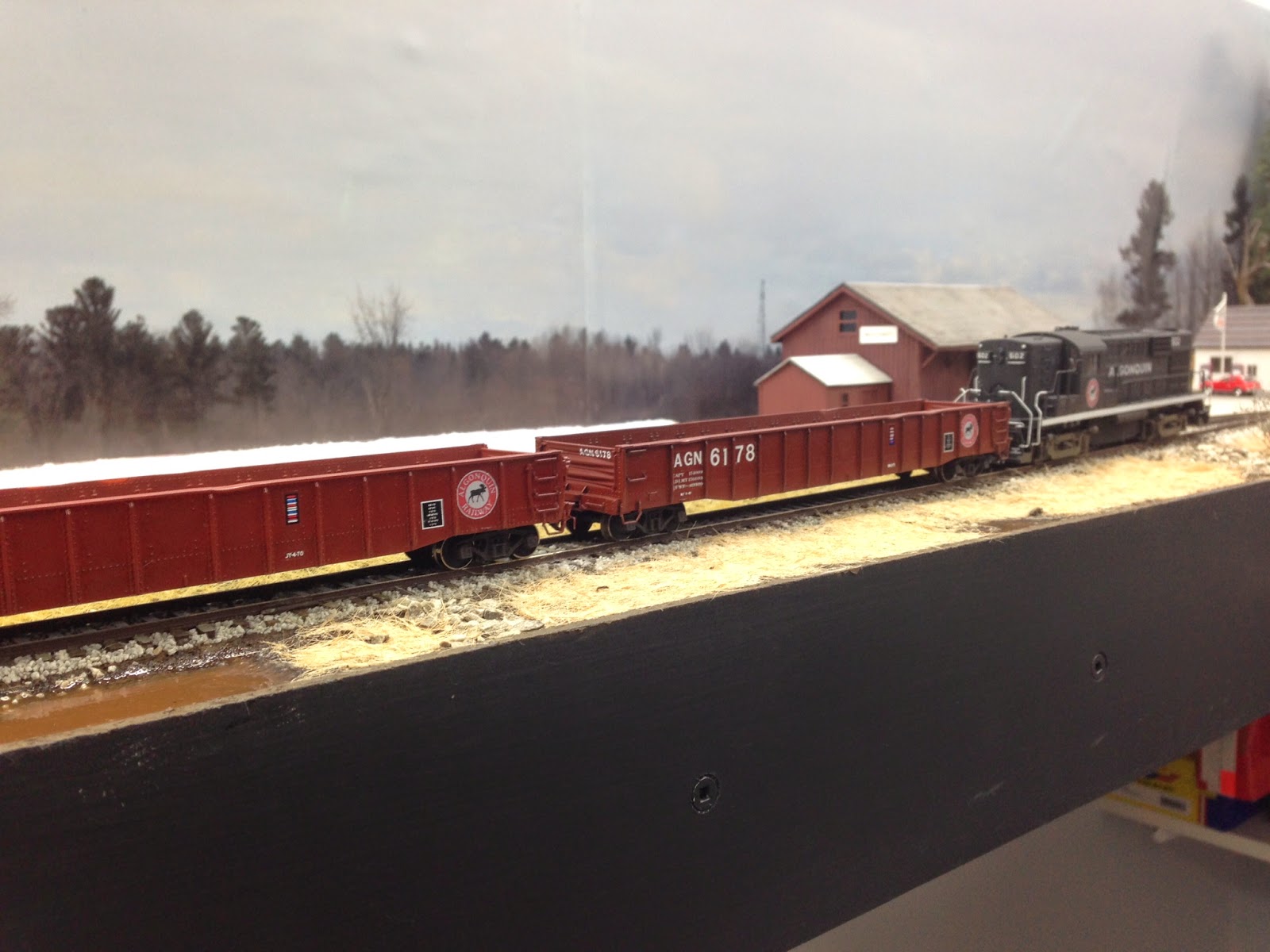