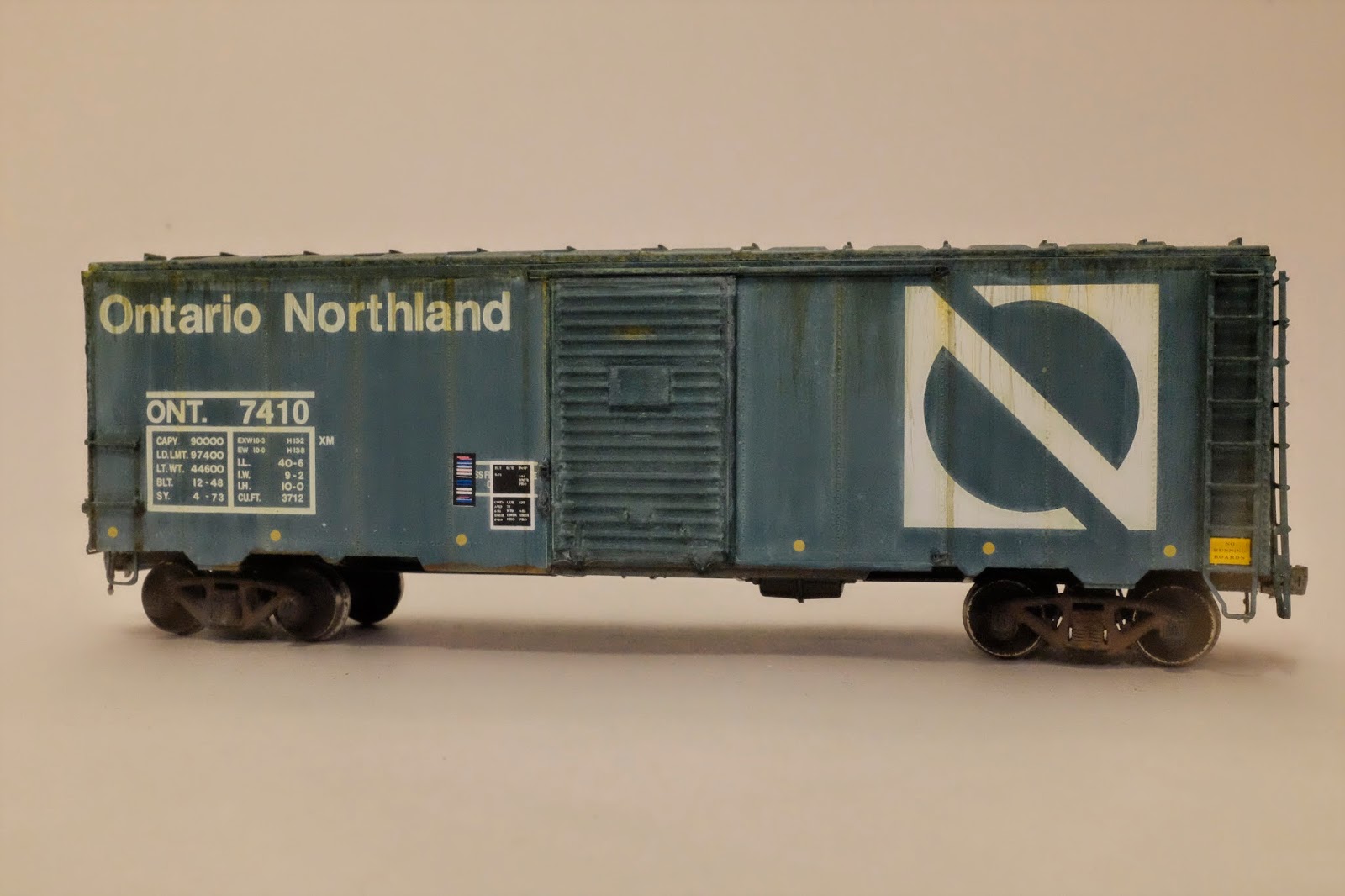 Over the thanksgiving long weekend in Canada I kitbashed an Ontario Northland boxcar.  It's based on a prototype built by National Steel Car in 1948, using an Atlas 1937 AAR 10' high kit.  Here is a link to a picture I used for inspiration.

The Atlas kit has moulded on details, so I started by shaving them off.  I tried to minimize the paint damage but it happens. 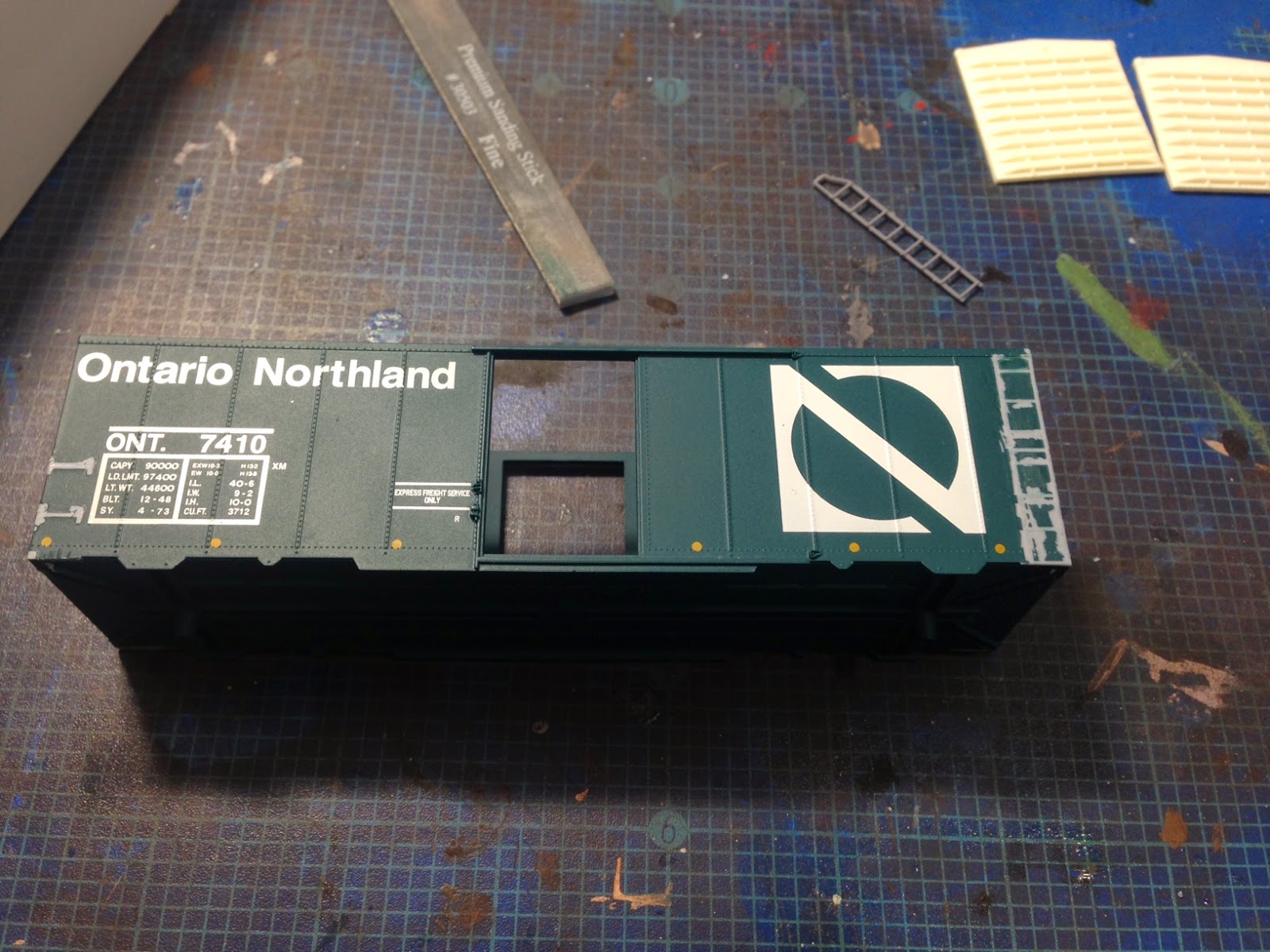 Next up was to add canadian style ladders, 8 rung with attached stirrups. These are from Tichy.  I added a small pc of styrene at the top of the car to support the ladder.  The Tichy ladders have 4 standoffs and I feel they need an extra support right at the top. 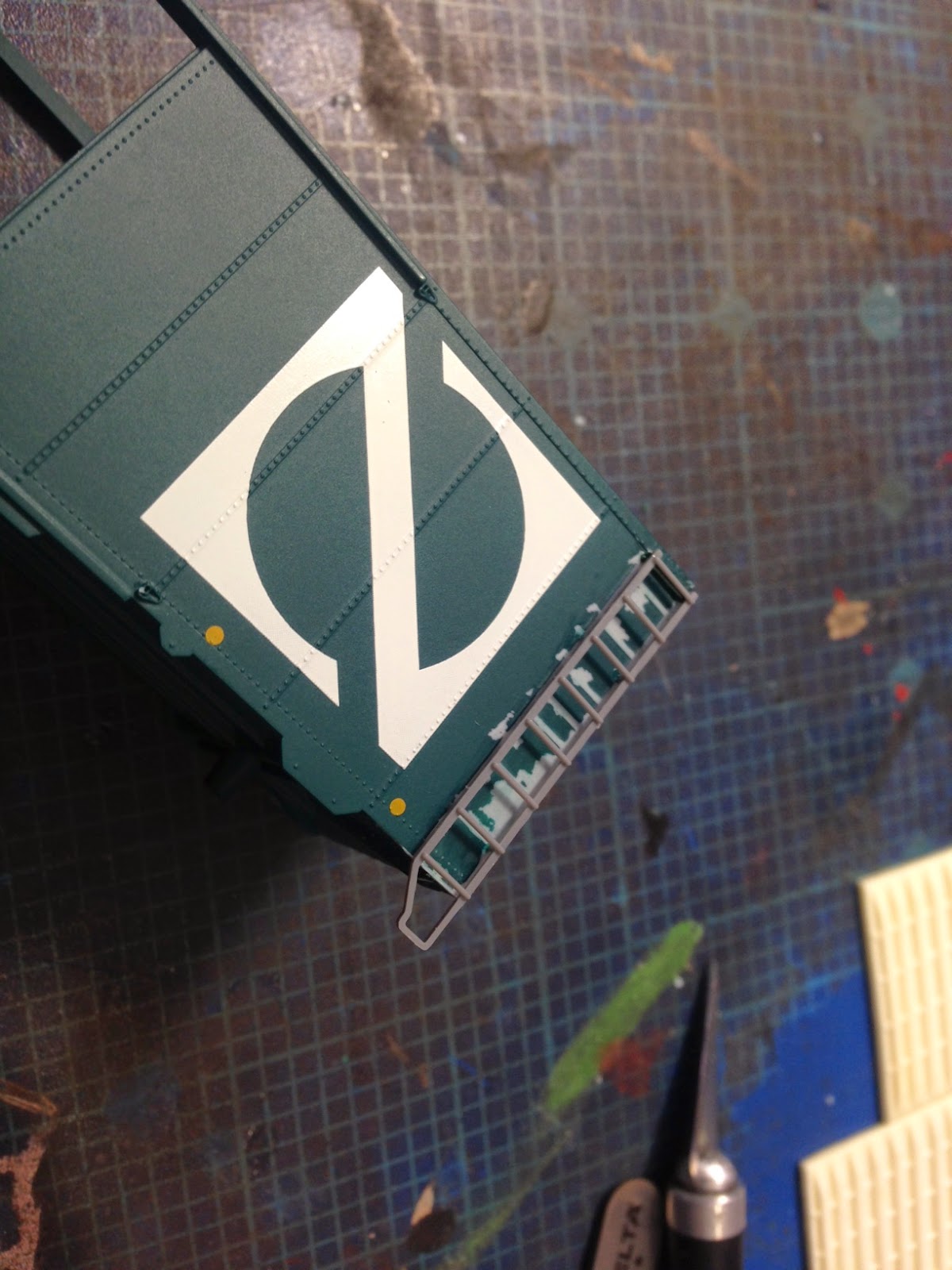 I also added Details Associates Bracket Grabs(Not Shown).  While the glue was drying on the ladders I drilled out the roof walk holes and plugged them with styrene rod.  These were sanded flush with the roof support ribs. 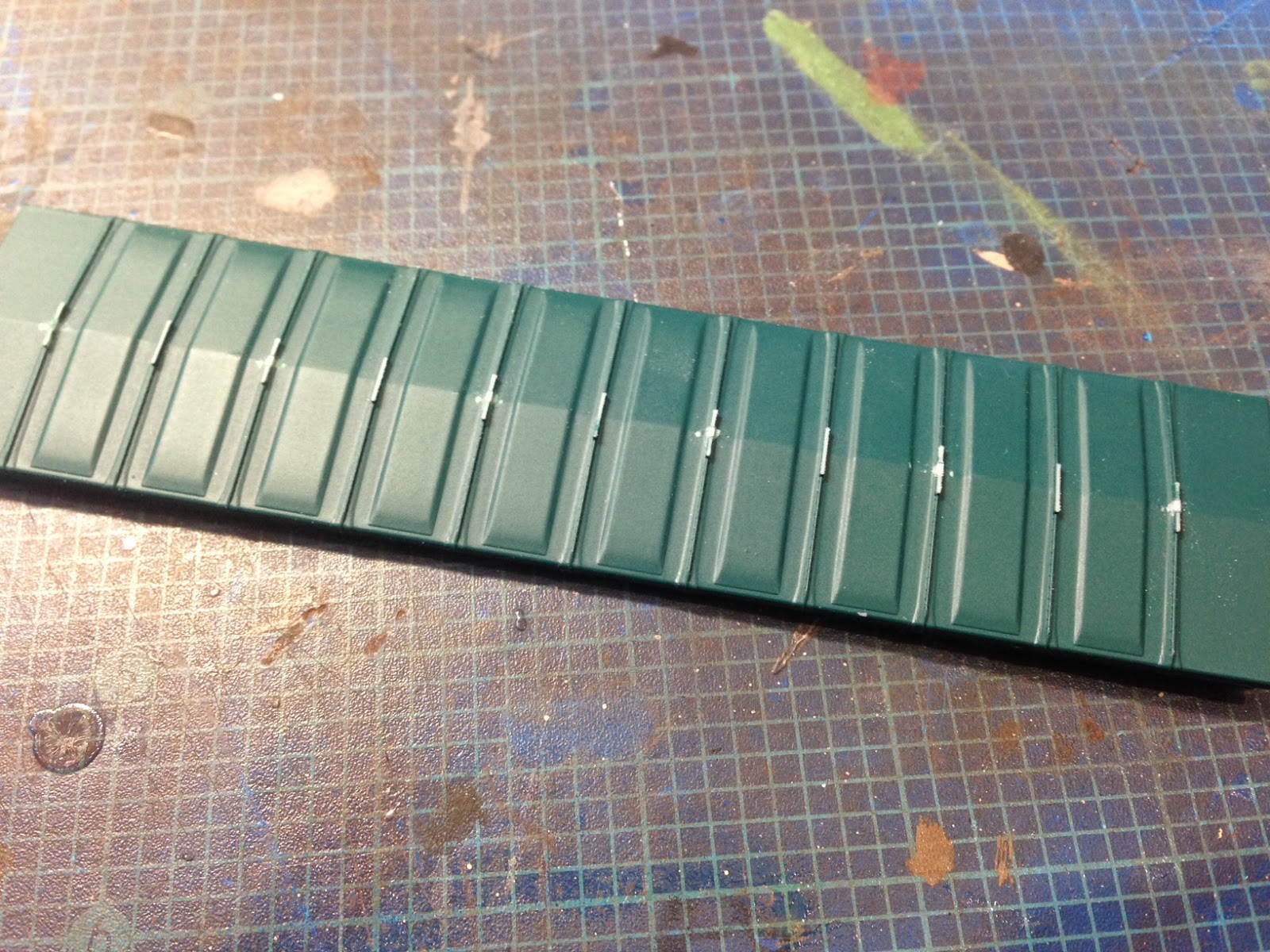 The next step was to build the ends.  I used Sylvan Scale Models detail parts for the NSC 2 Ends which have the correct rib shape for the prototype car.  Here is a picture with all the parts on, ready to install on the Atlas Car.  I used Tichy turnbuckles to attach the brake rod to the chain and to the fulcrum at the bottom.  This is something I learned from Pierre Oliver's Blog (Elgin Car Shops).  This is a great idea and much easier than any other method I have tried. 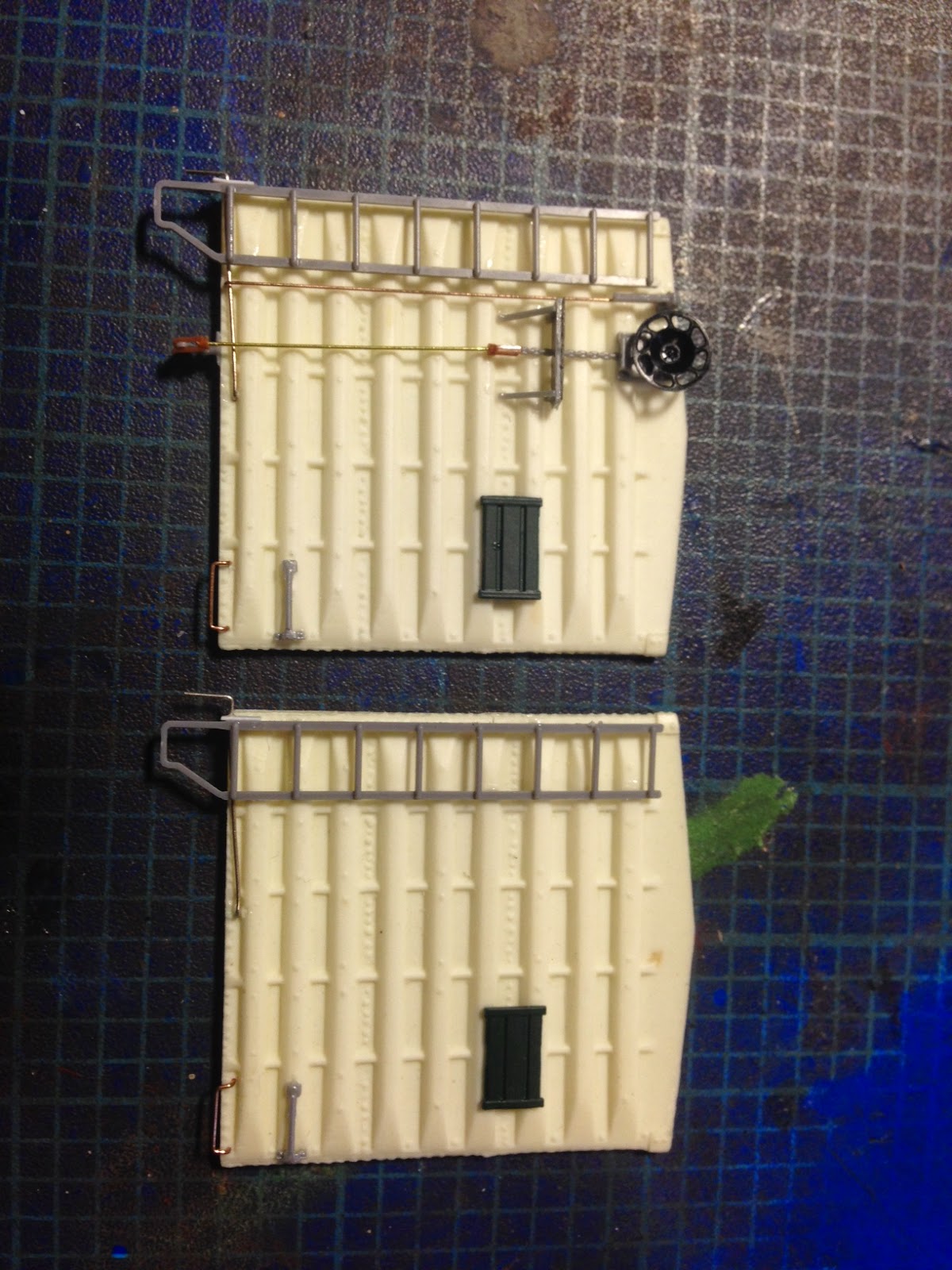 After this I assembled the car, painted the ends, doors and touched up the roof with CNW Green from PolyScale.  I added "no running board decals", COTS and ACI plaques as well as the car end numbers.  This was followed up with a coat of Valleo matt finish.

I painted the trucks and wheels with Rustoleum Camaflage brown and cleaned up the wheel treads with a wire brush in my Dremel tool.  This was the first time I used the Dremel for this and I was surprised how well and quickly it worked.  Weathering was done with a white wash with a bit of green added in using acrylics.  Next up was rust spots and streaks using artists oils.  I finished off with a coat of dark streaking grime from AK on the roof.  I  put it on as a wash.  I then did some streaks on the side using the AK streaking grime with a fan brush at the top edge and a 5/0 brush for the streaks at the end of the door tracks.  The bottom of the car was given a wash of AK rust streaking effects.  The trucks were given a treatment with powders to rust and dirty them up a bit.  Overall I am happy with how things turned out. 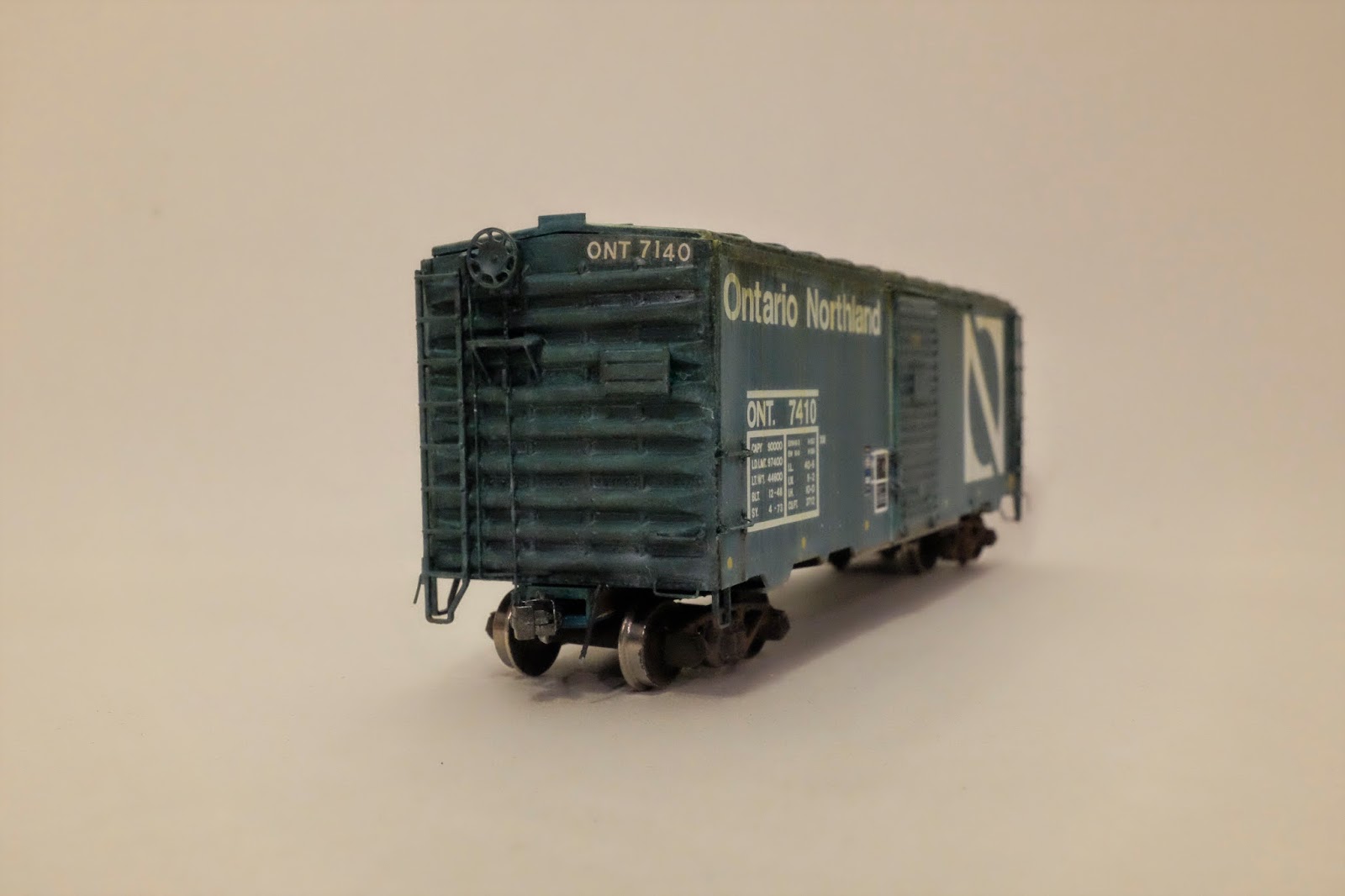 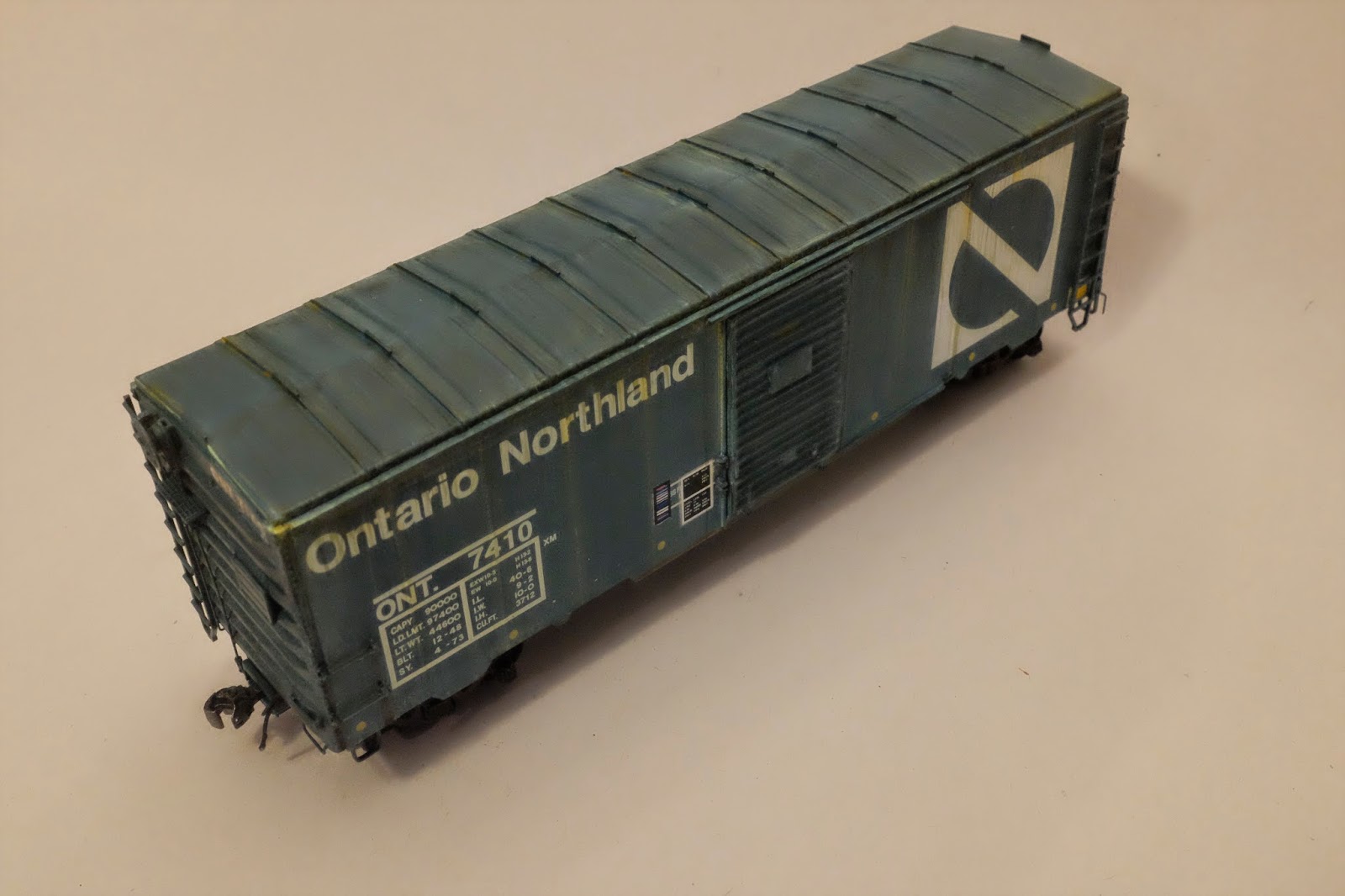