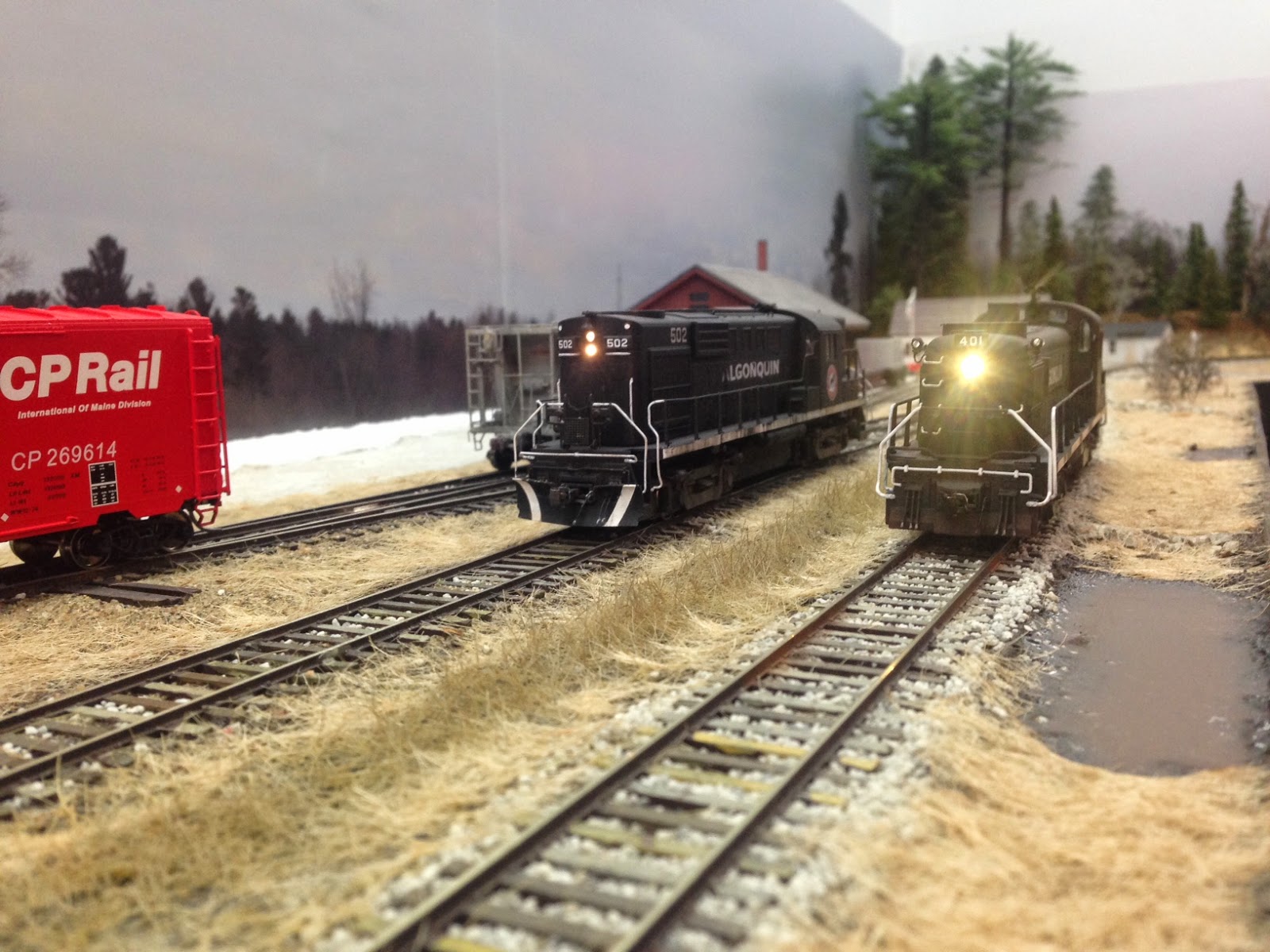 I recently finished installing LED headlights into Algonquin RS3 401.  It was my first time using Ngineering Micro LEDs.  These things are small (1.6mm x 0.8mm).  Small enough to fit into the Custom Finishing Models headlight casting I used on this locomotive.  The picture above shows the Ngineering LED in the RS3 as well as AGN 502.  The 502t has a regular 3mm barrel LED installed in place of the bulb the RS-10 came with.  Even though its small, the micro LED is super bright.

Below is a picture of the all the tools required to solder leads to the Ngineering LED's.  Not shown is liquid flux which I also used.  Ngineering recommends using their soldering fixture and so do I.  Trying to solder leads to the micro LEDs without it, would be almost impossible.  Its worth the $10 bucks.  I followed the soldering instructions on their website and had no issues.  The LED is the small yellow spec just in front of the tweezers.  The bulb I am replacing is just above the LED.   I also recommend getting a 1/64 inch tip for your soldering iron.  The solder is Ngineering low temp silver bearing solder, but is made by Kester. 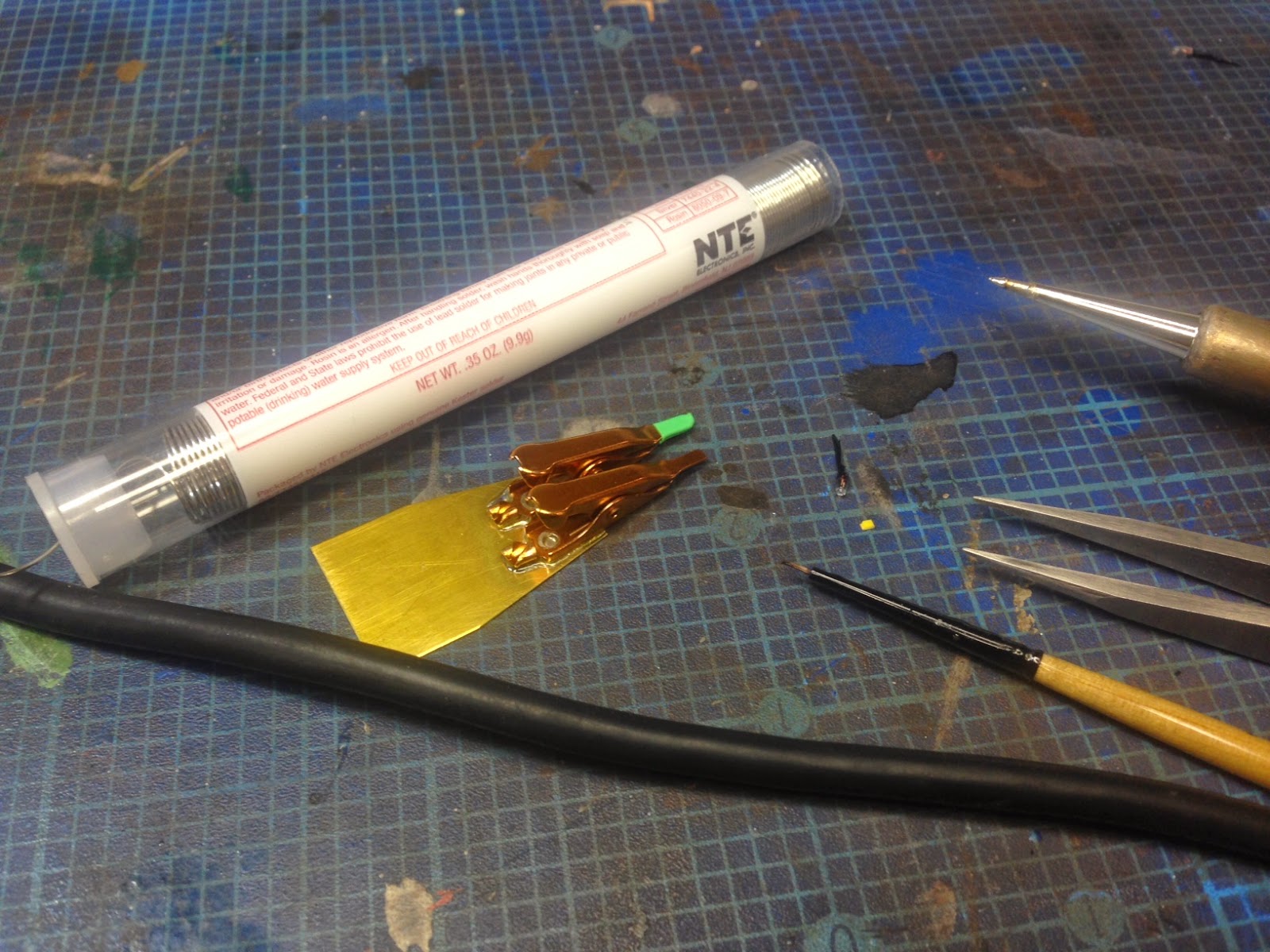 Rather than solder the LED to magnet wire as Ngineering recommends, I was lazy and just cut off the 1.5V bulbs from their respective leads and soldered the LEDS to them.  The bulb leads are bigger than the magnet wire but I was still able to easily solder them to the LEDs.  Here is a picture of the wires soldered to the LED.  I also added some Micro Kristal Clear to the wires/back of the LED to insulate the wires from each other. The insulation on the wires had melted back a bit when I soldered them.  To install the LED's in the headlight casting I just pushed them in and added a dab of Micro Kristal Clear to hold them in place. 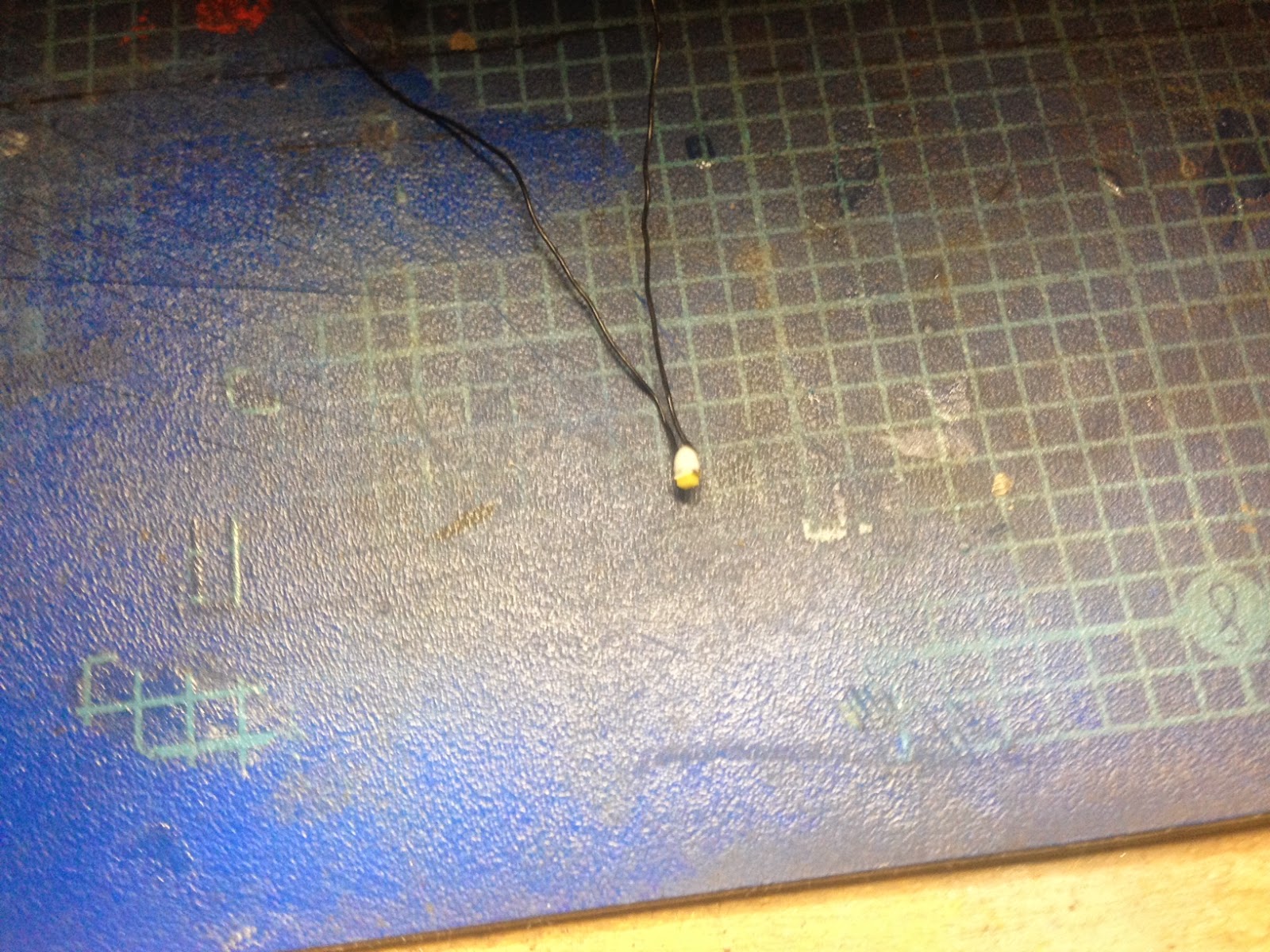 This last picture shows the Locomotives from the other end.  The LEDs in both locomotives are the  yellow glow type but from different manufactures. 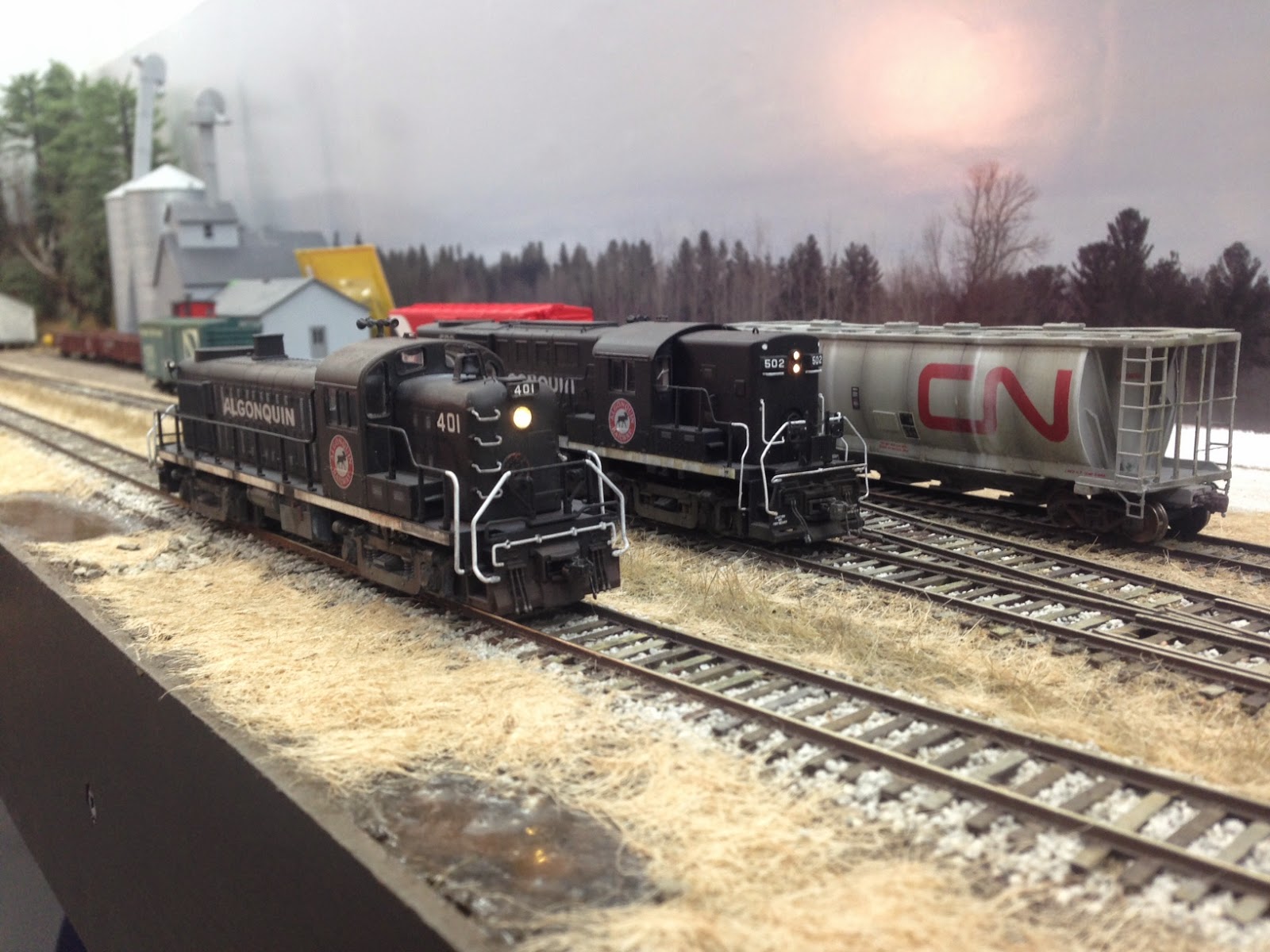