Its been a while, over 2 months since my last post.  I have been Tendon to other things.  No I didn't spell that wrong, but I have been dealing with an on going issue with a Tendon in my arm.   I have pretty much had to shut it down for a couple of months to let it heal.  Its still not 100 percent but getting better slowly.  Anyway, thought I would try to do some work last night and I pulled out my newest tool.  A 5" Hold an Fold from the Small Shop.  I bought it as a Christmas present for myself.  Its used for bending photo etched metal parts.  What a great tool.  Much easier to use than a metal scale and razor blade.  Heres a picture of it along with some Plano running board parts I formed using it.  It comes with both a razor blade and custom made long metal bending blade. 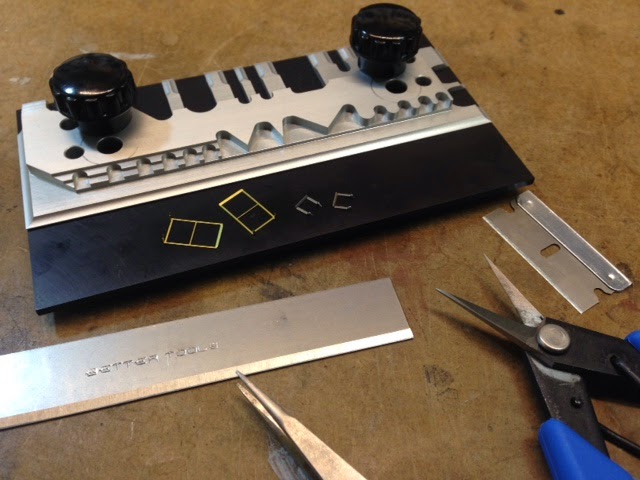 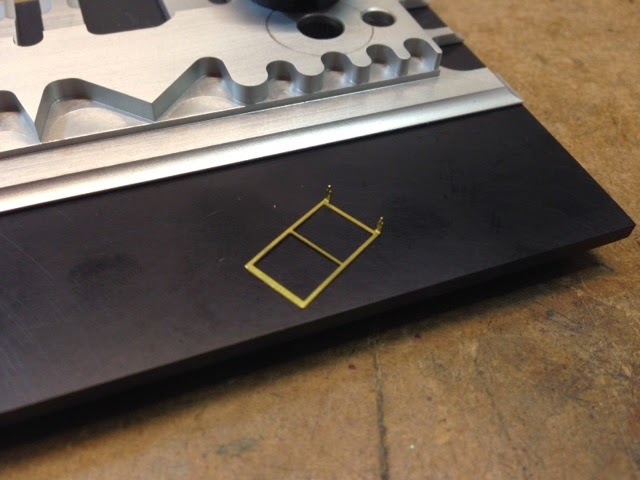 These are very simple parts and could be formed with just tweezers but I wanted to give the new tool a test bend.  Another really useful tool is the Xuron photo etch shears.  Cutting photo etch, especially stainless ones with them is a joy.  Sometimes when cutting the photo etch parts a small tit will still be left on the part.  In the past I would use a file to remove these tits but found the tits get caught in between the teeth of the file, making it difficult to generate a smooth stroke with the file.  I now use a hard tool makers stone to remove these tits.  Stones have no teeth, so there is nothing for the tits to catch on.   Stones can be purchased from Falcon tool company, McMaster Carr or Gesswein.  The 1/8" x 1/4" cross section stone size are my favourites for moddelling.  They come in grits from around 80 up to 600.

So what's the running board going to be installed on?  My latest rolling stock addition, more on it in a later post. Here is a photo of the running board held down with a machinist parallel while the glue dries. 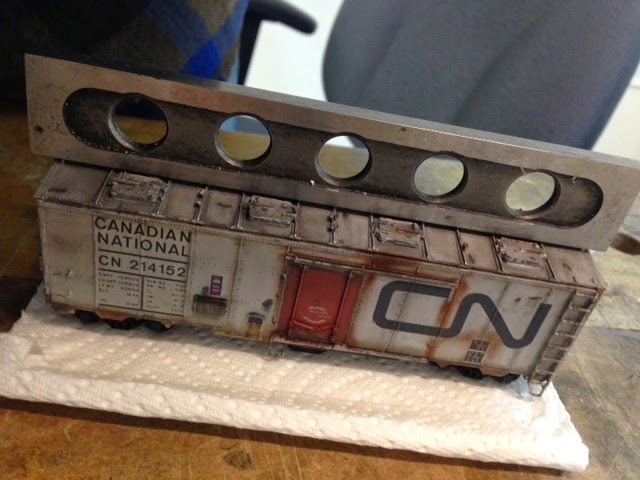